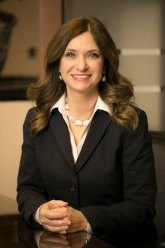 As your District Attorney, I bear the heavy responsibility of reviewing critical incidents where officers use deadly force that may result in serious injury or even the death of a suspect. As the chief law enforcement officer of the county, I know that law enforcement officers are often thrust into dangerous situations that most people would avoid at all costs. By the same token, however, I am also aware that citizens rightly seek accountability, transparency, and independence from their District Attorney when making the important determination of whether an officer’s use of deadly force is reasonable and permitted under the law.

Officer-involved shootings are often investigated by the law-enforcement agency with jurisdiction over the territory where the incident occurs. When the agency completes its own investigation and review, regardless of the agency’s own determinations, the District Attorney’s review team will independently review all evidence related to the incident. Only after a thorough review of the evidence, and only after a full discussion with a team of veteran prosecutors will I come to a conclusion about whether a particular incident is reasonable or whether criminal charges are to be filed.

There is no set amount of time for how long it takes to review one of these incidents. Individual cases vary greatly in the amount and type of evidence available. While I am committed to the transparency of the process, I also must follow legal and ethical duties to ensure the integrity of the investigation by ensuring that information regarding the event that could compromise the investigation is not released. At the conclusion of my office’s review of the available evidence, I will issue a statement fully discussing the details of the case, and the reasons for my conclusion. When criminal charges relating to an officer-involved shooting are pending, the level of detail that can be publicly released may be limited or delayed to ensure a defendant’s right to a fair trial.

Recent legal changes have allowed the District Attorney an unprecedented level of transparency with the public regarding the review and disclosure of these incidents. To best insure that all relevant facts pertaining to my office’s ultimate determination are publicly available, I will keep letters advising police chiefs of our determinations regarding officer-involved shootings publicly available on this page and will update it as our reviews conclude. Keep in mind that when an officer-involved shooting occurs, it takes a toll on all involved – certainly the friends and family of any injured party, any officers involved, and even the community at large. There is often understandable public concern and a high level of interest in all of the circumstances that led to an officer-involved shooting. My goal is to ensure that the relevant facts relating to an officer’s use of force and the determinations made by my office are open for examination by the public.